There are quite a few Mexican restaurants in Missoula, but which one has the best burritos in town? I am basing the choosing of the restaurants on that they must be local restaurants, I have burritos, they are not fast-food or a national chain, and I have been there. As of early February, 2020, there are 4 restaurants in Missoula that fall into all of those categories, so in no particular order they are: El Diablo, Fiesta En Jalisco, Taco Sano, and Taco Del Sol. All of these will be referenced as to the last time I was there and what I ordered. So, let’s just go in order as how they are above.

El Diablo – Last time I was there was about a month ago and I had ordered a carne asada burrito with white rice, black beans, hot salsa, lettuce, and some other vegetables on it. I remember the burrito its self being really good with being about 10 inches in size but the only caveat I had with it was the tortilla the burrito was wrapped in. The tortilla was warm but not necessarily cooked as in it was chewy and it really took away from the rest of the burrito. Overall it was really good but when the shell it’s surrounded in is bad, it really takes away from it all, 6/10.

Fiesta En Jalisco – I went to the restaurant on reserve around December and I remember getting there thinking it would be another Montana “Mexican” restaurant but in reality, it was far better than that. I had ordered an al pastor burrito (as finding those in Missoula are a rare find) and when it arrived, I was very excited. The burrito was the size of the plate length wise and served with rice and beans on the side (which were excellent and traditional in the sense that the beans were made with lard) but the burrito its self was very tasty and reminded me of a burrito you would get from a taco truck parked outside of Dodger Stadium. Definitely one of the better spots in Missoula for sure 9/10.

Taco Sano – Taco Sano is in a cool spot being on the hip strip across the way from the Roxy movie theater. I only bring up the location for Taco Sano because it is one of the big reasons as to why I go there so often in comparison to the other restaurants however, that’s all it really has going for it. The burrito I got when I was last there was their carnitas burrito with white rice, black beans, lettuce, jalapeños, onion, cheese, with sour cream, and their hot sauce ‘Glacial Melt’. They also serve tater tots which is cool and odd for a Mexican restaurant, but non-the-less the burrito while the first few bites were filled with wonderful carnitas, lettuce and beans the rest of the burrito was painful. The rice was cooked well but must have been older and left out (as in not heated properly) because when I made my way deeper into the burrito every bite made me scared as to whether or not I’d crack a tooth on the rice or not. So, for this reason they get a 4/10, because it was still a solid burrito.

Taco Del Sol – Taco Del Sol is another local spot that evoked another memory of being back home one that reminded me of being on the beach in San Diego. I walked into the store and there were surf boards hanging all over the ceiling and walls, the atmosphere in there was that of a bonfire in Moonlight bay, a fun environment with a chill vibe. This time however, instead of getting a custom burrito I got their shrimp burrito which had: shrimp, black beans, salsa, shredded cabbage, white sauce, their hottest salsa and jalapenos. I got it looking forward to a shrimp burrito because they’re like lizards, often found in the warmer regions and harder to find the more north you go. This shrimp burrito was by the far best I had with no complaints other than it being a longer drive across town than it should be, 8.5/10

In conclusion, my rankings for best burrito in Missoula goes as follows:

Now this is just my opinion and if you want to see which one truly is better, well there’s no better way than to try them out for yourself.

Have you ever struggled to find healthy and tasty recipes? Lots of people mistake healthy food for meals that are unenjoyable but with these awesome sites, you can eat delicious meals and love what you’re eating too!

Pinterest is a website and app that uses visuals to help people find ideas like recipes, home and style inspiration, wedding ideas, and more. There’s billions of things to search that can spark an idea or help motivate you. Pinterest is well-known for having awesome recipes from every site you can think of. Just type in some key words you’re looking to make and boom, you have hundreds of recipes. If you like what you find it’s super easy to organize your findings by “pinning” it.

The food network is a unique lifestyle network that connects viewers to the power and joy of food. It launched in 2009 and has helped billions of homes create beautiful and tasty meals. The food network has its own section for healthy recipes called “healthy eating”. They include quick video tutorials and give directions to a t. These videos range from the best of the best chefs or from families at home. Both of these are reliable ways to believe it is doable. Their main page gives lots of suggestions but if you have something in mind you’re wanting to discover, the search box is easy to locate. 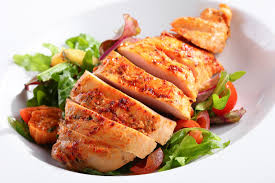 Delish is another website that invites home cookers to seek tested recipes, menus, cooking shortcuts, family meals, and so much more. When you click on the website they give you ideas that have been most popular. The current headline is “11 dishes inspired by the 2020 Oscar nominees”. Delish also gives you the opportunity to subscribe to their website to stay up to date on all the fun, new ideas they get. They also include other amenities like food trends, kitchen tips and tools, food news, entertaining and parties, and more. This website makes it super easy to navigate through and find your next delish meal.

There are tons of healthy cook books to choose from and with how often we use the internet and how popular it is, we can easily find online books. Amazon will give lots of suggestions where you can find cook books but if you just google it, lots pop up to read through technology! E-books are in people!! There are even audible sites to listen to your recipes to stay away from making too much of a mess and allows you to not worry about messing anything up.

If you’re not a fan of Sushi….. You may have come to wrong place.

Coming in at our #1 spot this week we have… THE AVOCADO BOMB from Kobe Seafood & Steakhouse.

An edible masterpiece….. a blend of life’s best foods.

What’s not to love about this incredible creation? The avocado, tuna, and crab come together so perfectly in the fryer bringing this menu item to the #1 spot. It may not be traditional Japanese cuisine or considered healthy… but it’s still the best. For only $9.00 it is worth the price and one of Missoula’s best kept secrets.

Now for our number 2 spot don’t be surprised at another sushi item….

*drumroll*……… Yes ladies and gentleman you guessed it

THE MASSIVE ATTACK from Saketome in the heart of Missoula.

Now I may not know exactly what neufchâtel or liger is, but I’m pretty certain they taste amazing. I’ve liked sushi ever since I can remember and had some pretty interesting rolls in my life. But the fried roll holds a special place in my heart (tummy). Again, it’s probably not that healthy, but it’s TASTY.  And filling. for $14, it’s pretty worth it and one of the cheaper rolls on the menu. A safe bet for a ‘fusion’ restaurant with a very interesting menu.

Coming in at the # 3 spot on the foodblog today…. a staple, a necessity, and a menu item for the people. Surprisingly, no it is not more sushi.

ladies and gentleman….. THE SAUSAGE EGG & CHEESE from the University of Montana College of Business. 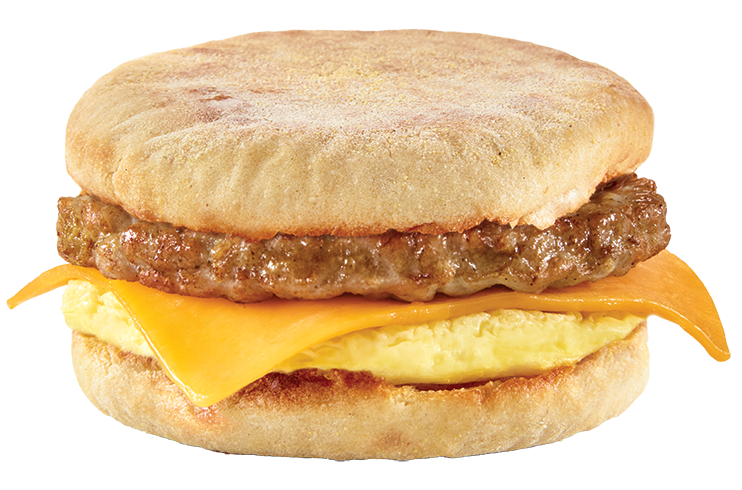 Priced at $2.75 (Cheaper than the golden arches) and hot n’ ready for the busy students of Missoula. Nothing hits like one of these bad boys at 8am when you’re too tired to cook for yourself. A quick and hearty classic meal that keeps the people going. If America runs on Dunkin, The U of M CoB runs on these babies.

Your feedback is welcomed and wanted!

Wintertime in Whitefish, Montana is one of the most beautiful seasons to enjoy the small ski town and all it has to offer. This town doesn’t slow down after a winter storm, it celebrates it! Are you thinking about exploring this hidden gem for a weekend getaway? This article will give you the perfect weekend itinerary for what to see and do while you’re here.

A local favorite, Buffalo Cafe offers amazing breakfast options to keep you energized for your full day ahead!

A trip to Whitefish is never complete without a day at Whitefish Mountain Resort. Endless slopes and an approachable mountain offers a day of fun for all level of skiers and snowboarders.

After hittin’ the slopes, enjoy an apres-ski drink and nachos at Hellroaring Saloon, located next to the village on the mountain.

You’re bound to be sore after a day on the mountain, so treat yourself to a massage at the beautiful Spa at Whitefish Lake!

Be sure to book a table here, and be ready for one of the best meals in town. Featuring local cuisine influenced by cajun and southern flavors, the superb service completes a meal here.

Loula’s breakfasts include the standard fare as well as popular originals like Lemon Stuffed French toast with raspberry sauce or Eggs Benedict with white truffle oil.

9:45 am – Pick up a Packed Lunch from Montana Coffee Traders

Before you head off for the day, pick up a packed lunch from Montana Coffee Traders. They offer a variety of sandwiches and snacks that you can bring with you to the park which is helpful because most restaurants in West Glacier are closed in the winter!

10:00 am – Drive to Glacier National Park to snowshoe

The beautiful Glacier National Park is only a 30-minute drive away from Whitefish and offers miles of scenic snowshoeing trails.  You can rent snowshoes from multiple places in town as well as outside of the park.

Finish off your day with a delicious traditional Italian meal at Abruzzo’s. They offer extensive selection of shared plates, grilled steaks, fresh seafood, and a small but decadent dessert list, all prepared in-house and served alongside an Italian-focused cocktail program and an Italian-centric wine list.

This previous spring, I had the opportunity to study abroad in Torino, Italy. While living overseas I was able to travel to a variety of different countries, learn a lot, and most importantly eat a ton of great food.

Below, I’m reminiscing on some of the best meals I got to eat there. Hopefully this trip down memory lane will hold me over until my next food adventure.